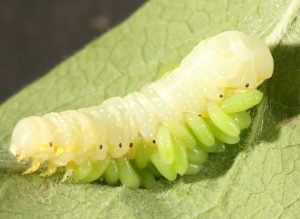 Forest fragmentation leads to loss of species diversity, but this driver is not equally applied across all species. Those higher in a food web or interaction network are more likely to be affected due to compounding effects: not only do they have to find a forest patch and persist but their food or interaction partner needs to as well. Therefore, we would expect higher links in food chains and especially dietary specialists to be strongly affected by forest fragmentation. Potentially, this could cause broad losses of specialist species, or evolution away from specialization.

Forests in Connecticut are highly fragmented, therefore we are testing this in interaction networks centered around caterpillars. Bottom-up effects include host plant availability, and indirect effects of deer browsing leading to competition for host plants. Top down effects consist of bird and ant predation as well as a diverse assemblage of parasitoids, of which almost nothing is known. 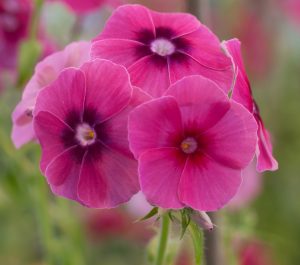 My dissertation research explored the evolutionary and ecological significance of pentamerism (five-petaled) flowers. As angiosperms diversified, there was a reduction in petal number, and a tendency to fix on five petals throughout many lineages. I tested whether this fixation for pentamerism was the result of adaptation or stabilizing selection in response to pollinators, or the result of evolutionary constraints. 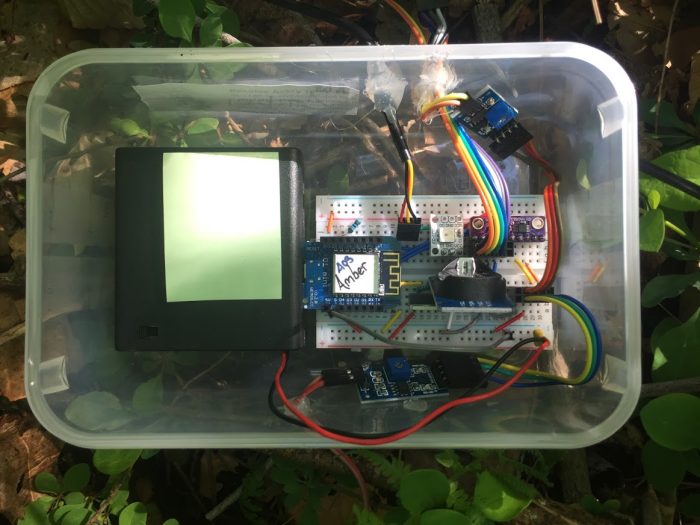 I have long been interested in home-brew electronics, and lately I have been applying this skill to ecological research. Timothy Moore and I developed these great homemade weather stations we call EMUs (Mickley et al. 2019, Github) that measure temperature, humidity, photon flux density (light), soil volumetric water content (moisture), and soil temperature for less than $20 each. Their low cost makes them fantastic tools for sampling environment at fine spatial scales to answer questions about microenvironmental variation. In the Bagchi lab, we’ve built nearly 100 of them and deployed them in Panama to measure gradients, and in Connecticut to measure effects of forest fragmentation on microenvironmental conditions. 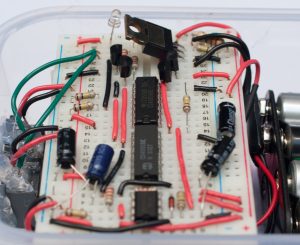 I’ve also collaborated with Alejandro Rico-Guevara in making a custom camera trap triggering system for filming hummingbirds in high speed video (Rico Guevara & Mickley 2017). Our solution was to disentangle the camera from the “trap”, allowing the use of a high quality camera, and flexibility in setting up a triggering system that would work well with hummingbirds. 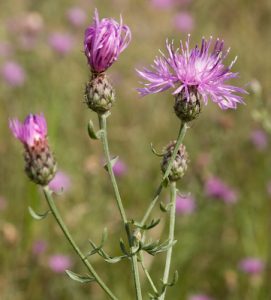 During my masters, I studied demographic heterogeneity of an emerging invasive plant species Centaurea stoebe in the Adirondack National Park and on Long Island in New York. This plant is native to Europe and has become extremely invasive in the rangelands of the Western United States. Although it was introduced to both the Western and Eastern US in the late 1800’s, it is less of a problem on the East Coast, and is often found only in disturbed sites or along roadways. However, anecdotal evidence seems to suggest that its range is increasing in some of these areas.

I helped establish experiments to measure demography of C. stoebe at the landscape level to allow for modeling of population growth over large geographic areas and to determine whether factors such as disturbance and climate are allowing this species to begin invading new areas. This work laid the foundation for the NSF grant DEB:1119891. 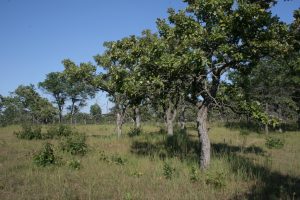 I wrote my undergraduate thesis on fire scarring dynamics in the globally rare Midwestern oak savanna ecosystem. We compared contact fire scarring (caused by dead wood against a tree) and non-contact scarring over a variety of oak size classes at Cedar Creek Ecosystem Science Reserve in Minnesota, which has been burned periodically since 1964–one of the longest running prescribed burn programs in the nation.

Contact scarring (which tends to be more severe) was more prevalent in areas of higher historical density prior to the prescribed burn program. These can kill a tree and thus has demographic implications. If initial fuel loads or fire residence times are high, mortality can outpace recruitment, nudging the system towards oak scrub or prairie instead of savanna over long periods of time.

We found that scarring can be minimized by burning when wind speeds are not low since the burn residence time decreases and contact scars become less likely. This mimics natural fire conditions, but runs counter to what many burn managers do for safety reasons. Therefore burn managers need to weigh safety against mimicking natural fire conditions and should avoid burning when wind speeds are very low.